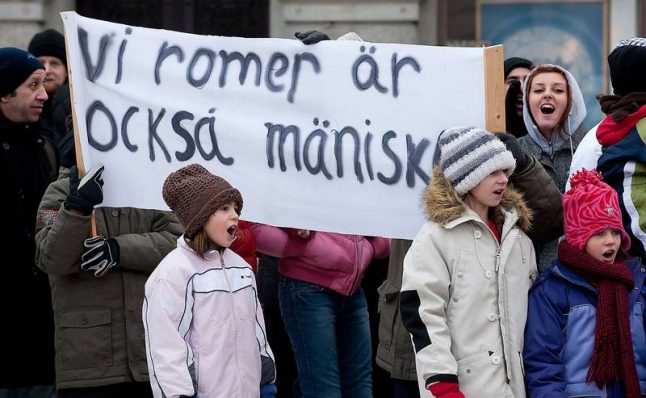 Roma are one of the most frequently discriminated groups in Sweden. But politicians hope to change that.

Stockholm is one of five cities in Sweden which has been granted financial support from the government to develop projects to help integrate Roma. The project is part of a 20-year strategy.

The goal is for all Roma to have the same opportunities in life as non-Roma by the year 2032.

“We need to stop the trend of antiziganism, and that means ensuring that Roma have the same rights and opportunities as the rest of the population. The question is how to do this, how to make sure Roma have a stronger position – and we must begin from a clear human rights perspective.”

Stockholm city plans to implement its own strategy focusing on key areas such as education, the labour market, social services, and democracy.

The city already works with these issues to some degree, but with this strategy politicians hope that Roma will have the same right to work, quality education, social care, health, culture, and language as everyone else. Roma participation and influence is of course a critical factor.

The announcement comes shortly after a debate article by several politicians about what Sweden must do to overcome antiziganism.

Gudrun Schyman, party leader of the Feminist Initiative party, and Soraya Post, a representative from the same party in the EU parliament, have said that Swedes should “be ashamed” at how Roma are treated in the country.

April 8th was International Roma Day, but the duo argued that “We have no reason to celebrate.”

“Roma Day was established 45 years ago at the first International Roma Congress in London, 1971,” the two women wrote. “But in the half-century since then, Europe has taken a step backwards.”

Sweden has a history of struggling with Roma discrimination. In the 1960s Swedish-Roma activist Katarina Taikon drew attention to the issue, gathering Roma in a peaceful demonstration. They wanted to go to school, for instance.

“Now we are back in the same debate,” the politicians wrote. “Should Roma children be allowed to go to Swedish school?”

By Swedish law all children should be able to attend school – including the children of poor EU migrants such as many Roma – but the politicians argued that discrimination frequently prevents that from happening.

Just a week prior to the debate article Sweden was criticized by the UN on this very topic. The UN commission said Sweden must work harder to fight antiziganism and take hate crimes against the Roma more seriously.

The city of Stockholm confirmed that they had produced flyers to inform Roma that it was forbidden to beg and pick up cans in the area – but Stockholm Mayor Karin Manngård stepped forward to clarify that it was “unacceptable” to reject Roma entry into the park.

“It is not acceptable if someone is wrongfully turned away and that should not occur. All staff that work at the event will do so in line with the city’s values”.”

“Antiziganism is mostly unconscious, which makes it harder to fight,” Schyman and Post wrote.

Stockholm city’s strategy for inclusiveness and integration is certainly a step in the right direction.

“Stockholm has to handle this image we have of ourselves as so fair and free from antiziganism,” Sissela Nordling Blanco continues. “We're not. Roma are followed in grocery stores, denied car rentals, or even spit at as they walk by. They are all victims of harassment, prejudice, and myths that still exist in Swedish society.”