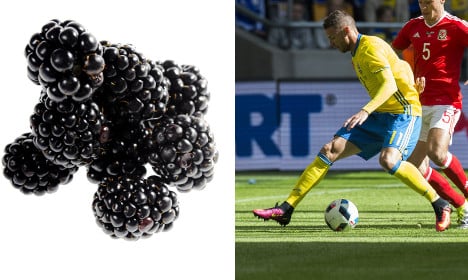 Part of the uniqueness of international football is that it exposes viewers to faces and names they would otherwise be unfamiliar with, and in no instance is that more common than during a summer international tournament.

The major meetings of the nations also produce some difficulties however, particularly when it comes to trying to pronounce the names of players. The Swedish language, with its large inventory of vowels, many of which are not present in English, can be a particularly big challenge for newcomers to the tongue.

It's with that in mind that Uefa have created a handy pronunciation guide to Euro 2016, matching challenging names with simple, phonetic pronunciations. Football commentators should refrain from breathing a sigh of relief however, as while the guide is well-meaning, it isn’t universally agreed upon among Swedes.

The Swedish section of the guide starts well enough, explaining that goalkeeper Andreas Isaksson’s second name should be pronounced something like “Ee-sak-son”, a pronunciation most Swedes would agree upon. But when it comes to some of the other names on the list, opinions are less united.

Red Bull Leipzig player Emil Forsberg’s second name for example is a particular sticking point. Uefa breaks it down as “Fosh-berry”, but judging by the response on social media, not all Swedes agree.

“Do you like Uefa's guide for English pronunciations of Swedish players? I myself am a little bit uncertain about Foshberry,” wrote one Twitter user. Others were amused at the use of a small fruit to explain the winger's name.

Another name up for debate was Panathinaikos striker Marcus Berg, which Uefa advised English speakers to pronounce as Marcus “Berry”. Apparently that’s news to some Swedes, with Emil Ullbrand joking that “from now on he’s going to be Marcus Berry for me”. The towering forward wasn't immune from the fruit treatment either.

The guide has been an easy target for Swedish dry humour, with Mikael Österdahl writing “I’m reading Uefa's pronunciation guide and I realize that I’m really rubbish at pronouncing Swedish names… I feel like I need an audio file as a guide”.

If the Swedes cant agree on how to pronounce their own names, it’s worth asking what hope the rest of the world has. Some consolation can at least by felt by Kim “Shell-strome” Källström, who after 17 years of professional football may finally hear international supporters say his second name something closer to correctly. Small victories.