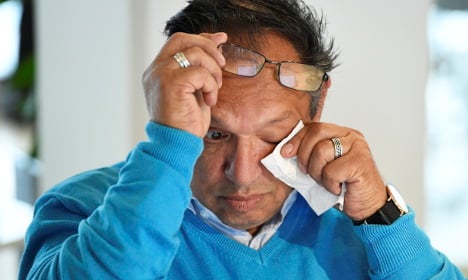 Stockholm district court concluded on Friday that the eight adults and three children should each be awarded 30,000 kronor ($3654) in damages from the Swedish state, due to the presence of their details on a much-criticized database built by police in Skåne, southern Sweden.

The database, containing information on around 4700 people, was ruled illegal in 2013. Victims were subsequently awarded 5000 kronor ($609) each in damages for invasion of personal privacy. Human rights group Civil Rights Defenders sued for further damages to be awarded to 11 of the victims on the grounds of ethnic discrimination.

“My heart is leaping and my voice is high, this is a victory for me and for the Roma that were on the register,” said Fred Taikon, one of the victims involved in the discrimination case, in comments reported by news agency TT.

The Civil Rights Defenders lawsuit stated that Taikon had never been convicted of a criminal offence, and that he did not know any criminals in either his extended family or network of acquaintances.

“Registering Roma is particularly offensive in light of the history of registering and persecuting Roma in Sweden and the world. In combination with the feelings of fear and discomfort that those who have applied for compensation have spoken of, the district court considers that the requested damages should be awarded”.

It is thought that more lawsuits could now follow the ethnic discrimination ruling.