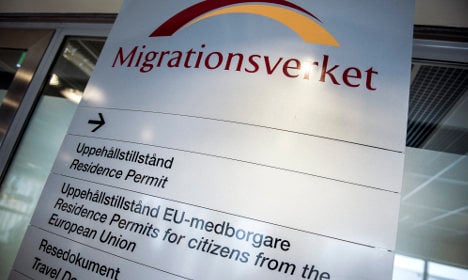 On June 21st, Sweden’s parliament is expected to vote through changes to the laws that govern residence permits in the country. If passed, the changes would take effect from July 20th, 2016 for three years, and could be made permanent in the future.

The proposed changes would introduce a temporary three-year residence permit for those granted protection in Sweden, instead of the current general rule of granting permanent residence permits.

The right to family member immigration for various types of immigrants, including those granted temporary residence permits, would also be limited.

In other words, the changes would not only make it more difficult for asylum seekers and their family members to get residence permits in Sweden. They could also have an impact on anyone – including expats and Swedish citizens – who would like their partner to come and live with them in Sweden in the future.

That’s because the so-called ‘maintenance requirements’ – the demands that need to be fulfilled by some individuals in order to sponsor a family member for a Swedish residency permit – are due to change significantly. At present, the requirements state that an individual subject to them must be able to prove they can financially provide for themselves in order to sponsor a residency permit for a family member.

The proposed temporary legislation would change the requirement however, with the updated requirement being that the sponsor not only needs to prove they can provide for themselves, but also for the family member they are sponsoring to join them in Sweden.

That’s not all. At the moment, Swedish citizens, citizens of other EEA states or Switzerland, or anyone that has lived in Sweden for more than four years is exempt from the maintenance requirement. If it passes, the forthcoming amendment to the law would mean these exemptions no longer apply.

Swedish migration authority Migrationsverket told The Local that the temporary laws will generally not be back-dated and will be applied from the day they enter into force. There may be some exceptions however, for instance family reunification is possible for family members of persons who are eligible for subsidiary protection and who applied for asylum in Sweden by 24th November 2015.

The stricter maintenance requirement, however, will not impact applications made before the day the temporary act is due to begin.