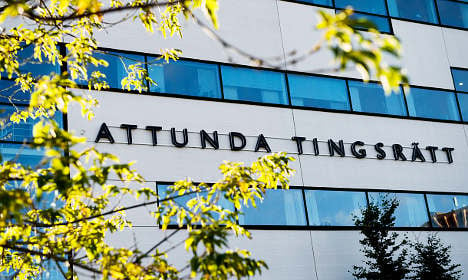 The suspect, a 25-year-old man from Södertälje, went on trial at Attunda District Court on suspicion of planning to travel to Syria to join the terror group al-Nusra Front, an al-Qaeda linked jihadist group which claims to be behind a series of bombings in the Middle Eastern country.

The prosecutor was not able to prove beyond reasonable doubt that the suspect had intended to commit acts of terror, the court said in a statement.

Image files found on his computer suggested this had been his plan, as did Facebook chats, some internet searches, and text messages, the court said.

But two witnesses called to testify by the prosecution instead backed up the suspect’s claim that he had wanted to do humanitarian work in Syria.

He was arrested at Stockhom's Arlanda airport on April 13th, after returning from a day-trip to Turkey. According to the charges, he was suspected of intending to commit terror crimes in Syria.

A holster and a protective vest were found in his baggage.

The new law, which came into force on April 1st, was designed to crack down on jihadists and targets people who travel abroad to join a terrorist group.

The suspect denied the charges against him.