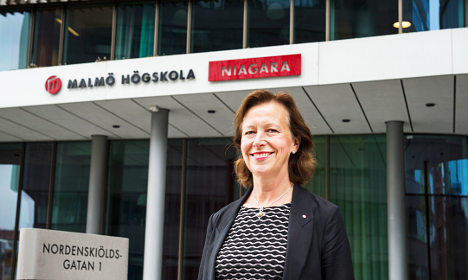 It’s already known as Malmö University in English, but that’s only because Sweden doesn’t have any serious restrictions on what schools can call themselves in other languages.

In Swedish it’s another matter, and Malmö Högskolan has long fought to be recognized as a university.

With the decision likely to double the research budget the college’s dean, Kerstin Tham, was jubilant upon learning of the government’s decision.

“I don’t know how we are going to celebrate. We’ll do it in different ways. For now we’re just going to take it in and enjoy it,” she told news agency TT.

As well as ensuring more resources, the switch to full university status will provide more freedom. It will also add more weight to degrees awarded to students in Sweden's third-largest city.

With its 24,000 registered students, Malmö Högskola was by far the largest Swedish college not to enjoy the university status held by 14 institutions nationwide.

Until now, the Skåne region’s only university was the venerable institution in neighbouring Lund. Stockholm, by contrast, has four universities and Gothenburg has two.

“It’s the crowning moment in the progression from an industrial city to a knowledge city,” he added.

Once all the paperwork is out of the way, Malmö is expected to officially become a university on January 1st 2018.