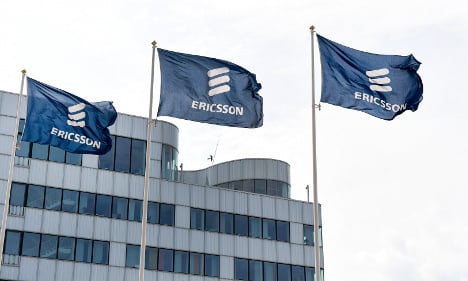 Ericsson confirmed in a statement Friday that US officials had “a number of questions” relating to its activities without giving further details.

“We will not provide any detailed comments on the request as such, but can say that it relates to Ericsson's anti-corruption programme and questions related to the Foreign Corrupt Practices Act,” said the company. “Ericsson cooperates with US Authorities and works diligently to answer the questions.”

The Swedish newspaper, which cited “several sources, independent of each other”, said that the probe was being led by the US financial regulator, the SEC, with assistance from the US Department of Justice.

“A senior manager at Ericsson alerted the chief executive at the time, Carl-Henric Svanberg, to interests that Mats H. Olsson (a recently fired manager in Ericsson's Asian business) had in an Ericsson subcontractor,” said the paper.

“The subcontractor had in fact obtained a monopoly to supply Ericsson in China.”

The paper claims to have seen a document that proves that management at the time had “resolved the issue by offering the whistleblower early retirement while leaving Mats H. Olsson in post”.

Current Ericsson chief executive Hans Vestberg, at the company since 1988, was head of the company's global services unit in 2006.

“If irregularities are discovered it will cost a lot of money. It's not good for our shareholders or our customers,” said Nordea's head of responsible investment, Sasja Beslik. “As a shareholder we have not been informed about the SEC investigation, which has an effect on the value of the company. These are things that should have been better managed.”

Ericsson said that it has kept the market updated. “As a listed company, we always follow the requirements to publicly disclose any information about events that would have a material impact on the company or its finances. Should such materiality arise, Ericsson will disclose information in accordance with regulatory requirements,” said the company in its statement.