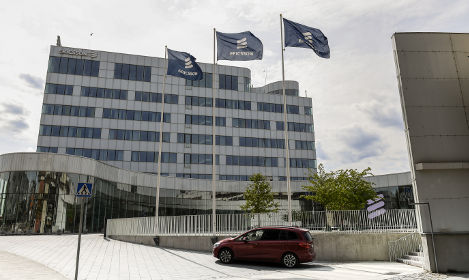 Investigators are probing Greece's purchase of radar technology in 1999 from Ericsson Microwave Systems, a subsidiary that was sold in 2006.

“Recently, seven current and former Ericsson employees have been summoned for questioning by the Greek public prosecutor as part of a preliminary enquiry into allegations of possible corruption,” Ericsson said in a statement.

Ericsson said that Greek authorities had not made direct contact with the company.

When asked by news agency TT, the telecoms giant would not comment on whether any current executives were among the seven employees being investigated.

“We will not go into details about the seven (…) we don’t comment on individuals and specific cases,” press spokesperson Karin Hallstan said.

A Greek businessman who worked for Ericsson was arrested in September on suspicion of paying a bribe of 2 million euros ($2.3 million) to a Greek politician, allegedly to help the company secure a 540 million euro deal.

On Thursday, Swedish media reported that US authorities are probing the company over separate allegations of corruption in its operations in China.

Ericsson confirmed in a statement Friday that US officials had “a number of questions” relating to its activities without giving further details.