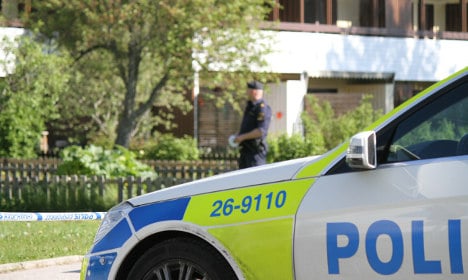 Their report shows that police are aware of criminals operating in residencies in four of Sweden’s seven police regions.

Ekot spoke to the intelligence departments at each of Sweden’s seven police regions in order to produce a map of the areas where organized crime was taking place in the asylum sector.

The West, North, Bergslagen and Central regions all reported criminal activity, with the Central region featuring the largest number of residencies where criminals were active.

“There is a rather scary development where in many cases professional criminals and other unscrupulous people are breaking into this line of business, with the thought that it is possible to earn big money and to do so fast,” police central region press spokesperson Christer Nordström told Ekot.

The Swedish police National Operations Department (NOA) said they were aware of the problem and had intelligence on the subject.

“As always in a sector where there is rapid procurement, there is a problem with criminal organizations entering the market,” NOA head of intelligence Linda Straaf said.

The NOA boss said that financial offences are one type that organized criminals commit after entering the asylum accommodation field, adding that there is also a risk of the gangs then taking advantage of vulnerable residents and directing them towards other crimes.

“Examples are prostitution, or taking advantage of people in vulnerable positions through illegal labour,” she said.