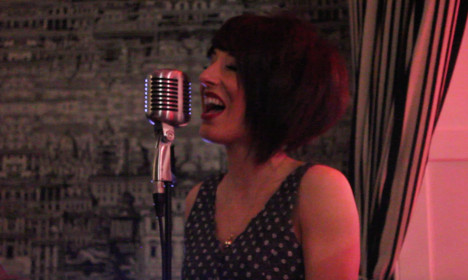 The initial connection with Sweden came through a route many will be familiar with: love. Urquhart met her current partner on what she describes as a “Tinder date gone right” while visiting Stockholm, and after some time in a long-distance relationship, she decided to make the leap and relocate to the Swedish capital. Before long, the Aussie had managed to nail down a job at start-up Trygve, working in the communications department on their neighbourhood watch app.

“The idea is that you post events and incidents in your area to the app, people talk to each other about it, and instead of spamming the police to get them involved in something relatively small, the neighbourhoods can collaborate,” she explains.

The app launched in Sweden last year, and attracted attention when it offered to connect buildings housing asylum seekers to its technology for free, following a string of suspected arson attacks on temporary refugee housing. Using technology to try and improve society is something Urquhart sees as a typically Swedish solution to a problem.

“Whether communities are important or not here, people at least seem to feel like they should be,” she notes. “The Swedish mindset is to look at alternative ways to better the planet and to better society. Swedes are at the forefront of innovative ideas.”

Occasionally that forward-thinking approach can be unsettling for newcomers however, as the Australian found out when she started her new job doing PR on the English version of the Trygvie app, and discovered that spending time at the office was more flexible than she was accustomed to.

“Coming to the office here and hearing people saying ‘I’m not coming in, I’ll work from home’, or ‘I need to clear my head so I’m going to go to a cafe…’. That was new,”

“The first week I chained myself to my desk and thought ‘surely I need to be here until five’. I ended up being the only person in a shared office, locking up at night,” she laughs.

“I wasn’t comfortable with it at first, and stuck to my ways. Then I forced myself to try it, and I found it does make you work harder, even if you work less hours that day. It makes you much more productive.”

Settling in to a new job in a new country is enough of a challenge for most, but not content with that task, Urquhart is also in the process of finding her feet in the Swedish music industry, following on from her performance work in London.

“I’m mainly a vocalist and saxophonist, and most of my work was done arranging for other artists and doing backing vocals,” she says. “There are a couple of artists in Sweden that I’m going to do some sessions with in the next few weeks or so.”

Becoming established in a country’s music industry is rarely a simple task, but to Urquhart’s surprise, the Swedish collective mentality extends to the arts.

“It’s very collaborative here. I went to an industry night last week and thought I’d feel bad as I didn’t know anyone, that it could be awkward. I was looking at people and thinking ‘you’ve probably written songs I sing all the time but I have no idea who you are’,” she laughs.

“But everyone was really cool. The overall experience feels refreshing. Everyone wants to hear you out, hear your story and give you a go. That has been pleasantly surprising.” Music isn’t Urquhart’s only creative talent. She also has acting experience, including a six month stint in Australian soap opera ‘Neighbours’. She describes her old character on the show as “a real bitch called Candace, who was a single mom that didn’t crack a smile once”.

While a move into Swedish soaps isn’t on the cards at the moment, the actress does have one idol from Sweden's entertainment world whose footsteps she would love to follow in.

“If I could be Petra Mede, I’d be happy. I’m a massive fan of Eurovision, it’s like Australian Christmas, and the one she hosted was the funniest I've ever seen,” she says.

Along with finding a new hero in the form of the 2016 Eurovision co-host, Sweden has also thrown up a pleasant surprise for Urquhart in the form of her day job, which has exceeded her expectations.

“I feel very appreciated here. With Trygve I’m in a very cool situation where there’s no one else doing my particular role and everyone has their own patch they take care of. There’s no micro management, no one looking over my shoulder telling me I should be doing this, this and this.”

With her job at the tech start-up proving to be a stimulating experience, and her first steps in the Swedish music industry already taken, it’s hard for the expat not to feel excited about the future ahead of her in Scandinavia.

“I feel like Stockholm has welcomed me with open arms. It’s nice to think anything can happen. I really like my job, I want to do more music and I feel like I’m able to. If I can balance both, I’ll be happy as Larry,” she concludes.