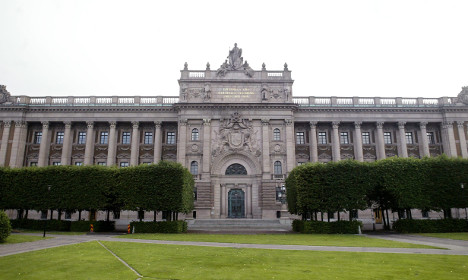 A large majority of MPs at the Riksdag voted through the changes, which the Social Democrat-led coalition government had pushed for after Sweden took in 160,000 asylum seekers in 2015.

The alterations will mean that asylum seekers in Sweden are granted the minimum level of rights the European Union requires of its member states.

Planned to be in place for a maximum of three years, the changes are designed to reduce the number of people seeking asylum in Sweden, at the same time as the capacity of the country’s intake system is improved.

Among the key shifts are the introduction of a three-year residence permit for those granted protection in Sweden, instead of the current general rule of granting permanent permits. The right to family member immigration for various types of immigrants will also be limited.

The new temporary law will come into force on July 20th.