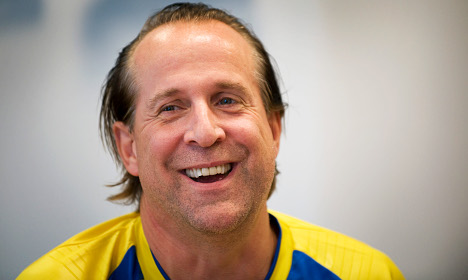 In a tongue-in-cheek video clip the Fargo and Prison Break star pokes fun at Belgium, Sweden's opponents for the evening. The Belgians, ranked second in the world, are huge favourites to dump Sweden out of the tournament.

But, wonders Stormare: “What the hell is Belgium known for compared to the blue-and-yellow steel? Not a damn thing. “

It should be noted that he delivers these lines with such exaggerated gusto as to diminish their seriousness.

“Is Tintin even Belgian?” he asks, taking aim at a national cartoon hero.

He concedes that the Belgians have chocolate and the EU, but he suggests that the only reason Europe chose Brussels as its capital was that “it was completely insignificant” and nobody would go to war over it.

In a parting salvo he said he expected an “easy match” for Sweden, adding:

“The only reason you drive through Belgium is to get to France.”

The match takes place in Nice at 9pm. May the best team win, and may the Swedes get their first shot on target in the tournament.