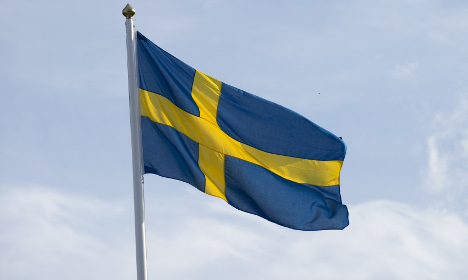 The flag of the world's most reputable country – at least according to one report. Photo: Fredrik Sanberg/TT

The report was compiled by the Reputation Institute, which claims to be the world’s “leading consulting and advisory firm for reputation”. The institute promotes the Country RepTrak ranking as the world’s largest survey of country reputation.

“Sweden does really well on all the different parameters we use to understand what people think of a country,” Reputation Institute executive partner Nicolas Trad told The Local.

The rankings are based on more than 58,000 ratings collected in the first quarter of 2016, which measure consumer perceptions of whether a country has an advanced economy, an appealing environment and an effective government.

And according to Copenhagen resident Trad, Sweden’s unrivalled reputation is no surprise.

“I know Sweden very well and I travel a lot, so I know what people think about the Nordics,” he said.

“The things that keep coming up in conversation are that Sweden invests a lot in families, they invest a lot in green living, are are favourable when it comes to economic growth. It’s also seen as a very safe country to be in.”

Many of those perceptions could also be applied to Norway and Denmark, but according to the Reputation Institute executive, Sweden has the edge over its Nordic neighbours because of its stronger brands, and stronger ability to mould public perception.

“Sweden has very strong commercial, consumer-oriented brands, as opposed to Norway, which has more of a B2B structure. Denmark has a few, but not as many,”

“There have been quite a few bad stories about Denmark which drag it down a little too. The story about taking jewellery away from refugees for example, which spun out of control. Denmark isn’t very good at handling those situations, there are too many different voices. Sweden is very collective in its approach”.

And that collective mentality could be the key to Sweden’s strong image, Trad suggested.

“If a country wants to build a strong brand and reputation a synchronized effort across different teams is what’s needed,”

“One of the things Sweden does well is it has a strong conversation between government and commercial entities, which isn’t seen in other countries. They go into dialogue with H&M, with Ikea, they talk with them, and they discuss what should be done, and how it should be done.”

This is the second time in recent weeks that Sweden has topped an index for positive reasons. At the start of June it was named the 'goodest' country in the world in a list ranking the nations that make the greatest contribution to humanity as a whole.