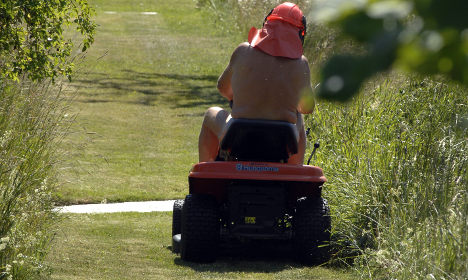 The incident happened in Eksjö, southern Sweden, where police were called to the scene when an alarm was raised about fighting between neighbours.

When they arrived however, they encountered an inebriated homeowner driving around the grounds of a house on a mower.

The man refused to blow into a breathalyzer, and could now be at risk of having his license seized.

“We were going to try and mitigate a conflict-like situation, but when we arrived one of those involved – who was heavily drunk – was driving around the plot on a lawnmower,” Eksjö police duty officer Gunnar Rydholm told SVT News Jönköping.

When the man refused to provide a breath sample, police were forced to use an alternative method of testing his alcohol levels.

“We had to call in a nurse, who luckily was in the area. She had to come and take a blood sample from the man, who is now suspected of drunk driving,” Rydholm added.