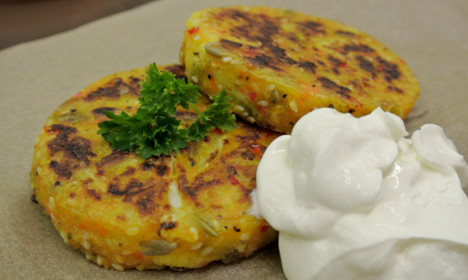 Meat-free days are up by as much as 80 percent in Swedish schools. Photo: Lunds Universitet/TT

Aktuell hållbarhet magazine has for an eighth year in a row examined how the country’s municipalities tackle environmental issues. Twenty questions were sent to each district on topics ranging from how well municipal environmental plans follow national targets, to how food is transported in the municipality.

The answers were then scored by researchers from Lund University and the Swedish Association of Local Authorities and Regions. The conclusion: that Sweden’s municipalities generally do a very good job when it comes to environmental issues, with the best area being Västerås near Stockholm.

“If you are feeling anxious about the climate I think you should look at the municipalities to bring back some hope. They are generally doing a very good job,” the study’s project manager Jesper Gunnarsson told news agency TT.

One environmental trend on the rise is meat-free days in schools. In a two-year period the number of Swedish municipalities that introduced meat-free days in their school cafeterias increased by 80 percent, the sustainability magazine said.

“It’s a trend that isn’t going away. There can sometimes be a little bit of debate about it, but the kids are open to it and the municipalities are determined,” Gunnarsson explained.

While Västerås excelled in its attempts to be sustainable, the worst ranked area was Dorotea in northern Sweden. One possible explanation suggested by a local politician was the small size of the municipality, which has only 2740 inhabitants.

“We are a small municipality, so that maybe comes into play. We can’t prioritize environmental issues and draw up plans to the extent that the authorities require, but we clearly want to improve,” noted Martin Jönsson, chairman of the environment and planning department of the Dorotea Kommunlista party.

Along with their questionnaire, Aktuell hållbarhet looked at data from Sweden’s water authority,National Board of Housing and Planning, and non-profit organization Keep Sweden Clean (HSR) when compiling the study.