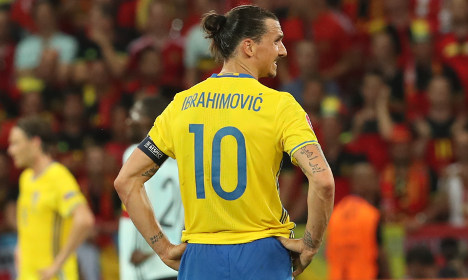 The forward confirmed his next club on Thursday evening with a tweet from his official Twitter account. It was shared more than 47,000 times in just over 10 minutes.

Time to let the world know. My next destination is @ManUtd pic.twitter.com/DAK7iYlrCq

Ibrahimovic is a free agent after winning four Ligue 1 titles in four years at Paris Saint-Germain. Rumours over his next destination had been constant in the last few months of the 2015-16 season, with United long considered favourites to claim his signature.

British newspaper The Guardian reports that he has already agreed personal terms on a one-year deal worth £220,000 ($292,000) a week, which he will fly to the UK to sign this Friday.

Moving to Old Trafford will give Sweden's record goalscorer a chance to add the Premier League title to his trophy cabinet. He has previously won league titles in Holland, Italy, France and Spain.

Joining the Manchester club will also ensure a reunion with their new manager, Jose Mourinho, who the attacker worked with at Inter Milan.

And United can expect the 34-year-old to be fresher than usual: he decided to retire from international football following Sweden's exit in the group stage of Euro 2016.