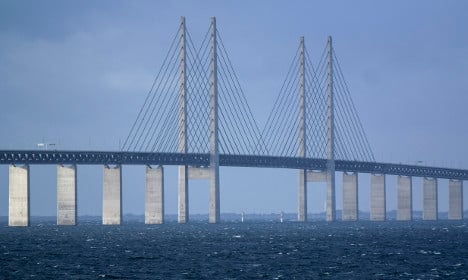 The Southern Sweden Chamber of Commerce (Sydsvenska handelskammaren) claims that ID checks, which were introduced in January 2016 in an effort to reduce the number of asylum applications in the country, are not compatible with the applicable laws. The institution is now collecting names of commuters with the goal of claiming damages from the state.

The chamber says it has examined the legal situation of the checks with the assistance of a professor in jurisprudence, and their conclusion was that commuters could be entitled to financial compensation.

It is now working with lobby group Öresund Revolution (Öresundsrevolutionen) in order to help those affected submit a joint case to the Swedish Chancellor of Justice this coming autumn.

“The form of the ID checks poses practical problems for commuters. It is therefore important to have the ID controls examined by the Chancellor of Justice. We are doing this so that the labour market in the region can function,” chamber of commerce deputy CEO Per Tryding told news agency TT.

The ID checks have proven unpopular with commuters between Copenhagen and Malmö, who have seen their journey times increase and the frequency of rail services hit. Many also now need to change train during their journeys.

“This is hindering opportunities for companies to recruit, and preventing people from coming into work and aiding productivity,” Tryding added.

In June, the Swedish government decided to extend controls for passengers travelling by train, bus or ferry between Denmark and Sweden until November 4th. They were put in place when a record 163,000 asylum applications were registered in Sweden in 2015.

The numbers dropped significantly following the introduction of border and ID controls, with an average of fewer than 500 a week arriving in the country since, compared to almost 10,000 last autumn.

The Southern Sweden Chamber of Commerce has long been critical of the checks however. Last January, Tryding told The Local that checks and controls will “stop the blood flow” of a commuting system that is “the blood system of a metropolitan economy”.