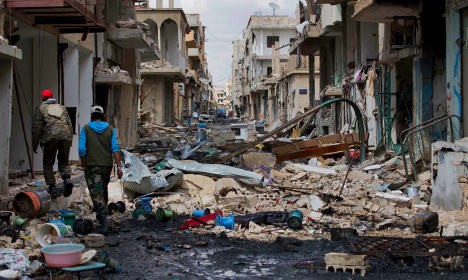 The Swedish public service broadcaster reports that the boy’s mother decided to join the terror group in 2015, moving to Syria with her children as a result.

Pictures on the woman’s Facebook page used in the SVT report show her three-year-old son posing with guns. The family reportedly had several weapons at its home in Syria, including Kalashnikov rifles and grenades.

And it was an accident with one such grenade at the family home that is believed to have killed the boy. His older sibling, who was in the vicinity, was injured by shrapnel when the weapon triggered.

The boy’s death would be the first known incident where a Swedish child has died after its parents left the country to join Isis, according to SVT.

Sweden's Foreign Ministry could not confirm whether the child had died however.

“The situation in Syria means it is difficult to get this kind of information confirmed,” Foreign Ministry press spokesperson Veronica Nordlund told SVT.

In April, Sweden introduced new legislation designed to punish those who travel abroad to join a terrorist group.

Those convicted of travelling to another country to seek training or to commit a terrorist act can be handed a two-year sentence under the toughened laws.