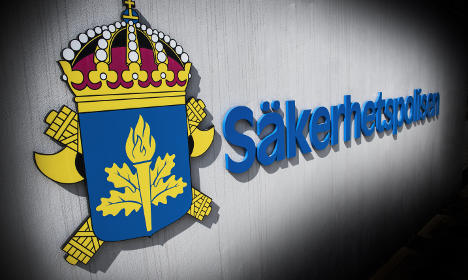 In early June, Säpo asked the Swedish Data Inspection Board to look into the matter in order to make sure that it did not go against laws preventing the mishandling of personal information.

And the data inspection authority came to the conclusion that expressing sympathy with an organization like Isis cannot be classed as sensitive personal information.

“The Data Inspection Board's conclusion will allow us to further streamline our work. We will be able to register relevant tips and will be able to get a better overall picture of the people we follow,” Säpo press secretary Simon Bynert told SvD.

According to Säpo the decision from the Data Inspection Board does not mean that information can be registered based on political and religious beliefs, which is not generally allowed in Sweden.