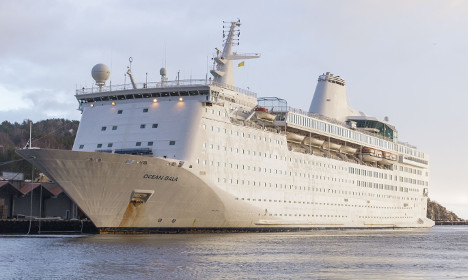 Authorities are facing an acute shortage of places for asylum seekers after more than 163,000 arrived last year alone, forcing officials to lodge them in gyms, campsites and warehouses and even at disused nuclear shelters.

Sweden had signed a deal with Floating Accommodations to lodge 1,800 asylum seekers aboard the Ocean Gala, a floating hotel that was formerly a cruise ship called the MS Scandinavia.

“Our deal was dependent on the procurement of all of the necessary permits. This was not the case and the deal is therefore null and void,” said Magnus Gustavsson, the official responsible for the project at Sweden's migration authority Migrationsverket, in a statement.

Shipping magnate Kjell Tandberg accused the government of “refusing to pay” to hire the ship because the asylum seeker housing crisis had begun to ease, insisting that he should be paid 800,000 Swedish kronor ($93,786) per day.