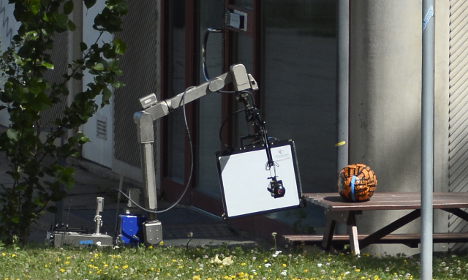 Police were called to an address in Tumba just before 8am on Friday after the suspicious package was found. Swedish tabloid Expressen initially reported that the package may have been a bomb threat against a social services office.

“We will make sure that all the people in the building are evacuated, cordon off the area, and then get the bomb squad in to examine the object,” Stockholm Police spokesperson Albin Näverberg told news agency TT on Friday morning.

At 1pm however, Stockholm police posted an update on their website saying that the object was not dangerous, and that a report on an unlawful threat had been written.

Commuter trains in the area were affected by the incident as they were not allowed to stop at the local station while the bomb squad carried out their work. Traffic in the vicinity has now resumed.

Police said that the same building has been subject to arson attacks in the past.