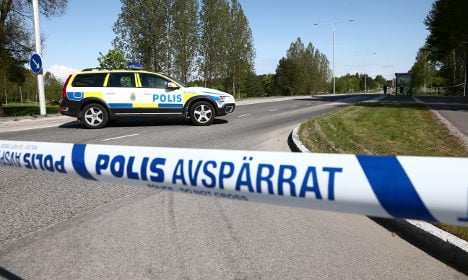 Police received several calls late on Thursday night about a menacing man with a pistol-like object in Viksjö, a residential district in the north of Stockholm County.

“We received several initial details when we got there that he had threatened one or more people. But they are very muddled and only initial. We need to clarify exactly what has happened,” Stockholm Police spokesperson Carina Skagerlind told news agency TT.

Police fired shots at the man, who was in his forties. He was taken to hospital with serious injuries but subsequently died. His relatives have been informed.

The reason police opened fire is still unclear. Authorities did not want to go into detail over where the man was found and how many shots were fired.

“A situation arose, otherwise the police would not have shot at the man,” Skagerlind said.

A preliminary investigation on aggravated unlawful threat began during the night, but the classification could change as police get a clearer picture of what happened.

“We have a large number of people we have spoken to and want to speak to. Before the witness examinations are collected I have nothing more to tell at the moment,” Skagerlind noted.

An independent service within the police will now review the actions of the officers separately.

“According to procedure police prosecutors and special investigators are always contacted immediately to review how the police have acted and to do so directly,” the police spokesperson explained.