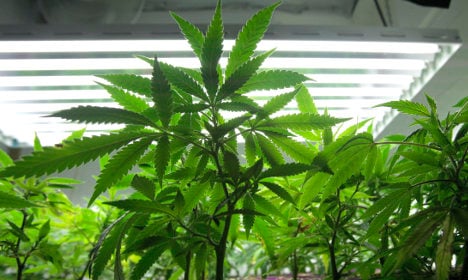 While in the past, Sweden imported the majority of the cannabis sold in the country from places like Afghanistan and Morocco, in recent years there has been a shift.

According to P1, the growth in home cultivation of the drug has made some parts of Sweden self-sufficient, and provided competition for imported Moroccan hashish in particular.

Figures cited in the programme show that the number of Swedish police reports on drug production in the country has quadrupled from 200 in 2008, to 800 in 2015.

The amount of cannabis being investigated in Swedish police laboratories has also increased, up to 954kg from 280kg in the same time period.

“It has happened across several years, and it isn’t unique to Sweden, it’s happening all over Europe,” Swedish police press officer Fredrik Wallén told The Local.

“There’s a market for cannabis, and it's possible to grow it yourself. A lot of criminals use that method instead of importing as they think it’s easier.”

The P1 programme revealed that police in Sweden are finding it difficult to locate cannabis producers. Two methods they use to find growers are keeping an eye open for unusually high electricity bills, and simply using their noses to detect the smell from apartments. The general public can also help.

“Above all we rely on tip-offs. It’s not easy to find, but if we get a tip-off from someone that they smell something strange then we’ll follow that up,” Wallén explained.

While cannabis is illegal in Sweden, the seeds as well as the equipment used in cultivation of the plants are not.