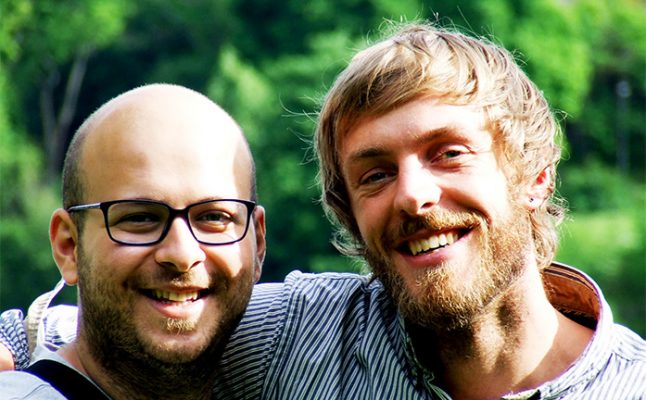 How did you meet?

Mattis: We went to a café and talked for around three hours, about so many things. Before we met, all I knew was Elias's name and nationality, but we became friends and since then I’ve started to learn Arabic; it's very hard but I really like it.

Being able to meet new people in Sweden is a great opportunity – in my daily life it's not easy to meet people from different backgrounds. Sometimes we get lost in our daily problems, and having Elias as a friend actually helps me to get over that. To build friendships, people need to invest time in each other.

Elias: I found out about Kompis Sverige at my school in Tumba. I thought that having a Swedish friend would help me understand the society and the language better; I’m very interested in Western culture and love to meet new people. Mattis has similar interests to mine: cooking, music and talking to new people.

'The media intensifies fear of refugees'

Would it be easy to meet new people in Sweden without this kind of medium?

Elias: I don’t think so. I tried and it didn’t work. When I was studying Swedish for example, I went to libraries and talked to people, asking them about their favorite books, music and so on. But most of the answers were very short, people didn’t want to start a discussion. And sometimes you meet new people and hang out once, then never meet again.

Mattis: Of course there are Swedes who would like to make new friends, but the options are limited. When I’m abroad I talk to people all the time but back in Stockholm we get back to our odd reality and don't talk to anyone new.

I don’t think there’s a lack of will to meet new people, just a lack of tools and means to do so.  People might say they have no time but that’s not true, it’s a justification for not having the courage to meet strangers.

Some people might feel afraid of approaching others, because they live in a bubble. The media intensifies that fear and bias by portraying newcomers negatively. That’s not even close to true, we are all human beings at the end of the day.

Meeting people from different cultures can feel like dating; awkward in a way, but it could be awesome!

'My perception of Syria has changed'

Mattis: Syrian food is great! And I’ve seen pictures of Elias’s previous life, parties, friends and it seems like a very warm society, different to Sweden – here you don’t get to know your neighbours. Through Elias, my perception of Syria has changed a lot. At first, I just thought of bombing, destruction and Isis, but now it seems like an open and welcoming society.

Elias: I really love how organized Swedish society is; there’s a system and everyone respects it.

Like many others, I might view the social life as poor here, social circles are very closed. But Swedes are kind and frank without pretence; if they don’t like someone they express it decently. That's very civilized.

I love that this society has no complications at all, when it comes to relationships, religions, sex or skin colour, it's not a problem, and I respect that.

Is there anything about each other’s cultures you don’t understand?

Mattis: Frankly, there’s one thing which I wouldn't say I view negatively but I don't agree with: the separation between men and women. Maybe it’s due to religious beliefs, but it seems to be based on separation and not love.

In Sweden, the family atmosphere seems a bit strange to me; they don’t have the strong ties we have. Life is more individual than social, but it’s their way of life and I respect that. For example in Syria, it's unusual to live alone before getting married or being in a relationship, but here it’s the norm that at a certain age they part from their families.

'Even xenophobic Swedes are polite!'

People here may categorize you but we do that too – if someone moved from the EU to Syria, they will always be considered a stranger. They may live there for 50 years and have an-all Syrian life, but will still be identified as the European, which is something I don’t really like. It’s the same here; I will never become a Swede even if I live here the rest of my life and get Swedish citizenship.

But the Swedes won’t let you feel like an outsider, even if they see you as a non-native. Even xenophobes, they might be rude, but they express their rudeness politely. The most important thing is that everyone expresses their opinions without imposing them on others – Syrians are the total opposite! We were afraid of everything; traditions, protocols and society. We lived to please others rather than ourselves.

'Swedes isolate themselves from the unknown'

Are the Swedes really xenophobes?

Mattis: I think it’s dangerous to generalize or say Swedes are xenophobes; people are scared by what they see on the news, and they isolate themselves in a kind of protection from the unknown. We need to question our thoughts more, rather than easily falling back in our stereotypical thinking of each other. That applies to both Swedes and newcomers.

But what is a ‘Swede’, really? Why do we even need to be part of one country? There’s nothing that says you can’t be part of two countries. We are world citizens, all borders are man-made.

What do you think about the refugee ‘crisis’ in Sweden?

Mattis: In the short-term, it might be economically negative, because people need support, healthcare and places to live. But in the long run the newcomers could make a great contribution to the country. Many of the newcomers have higher education and others have handcrafts from every walk of life.

Education is a real cost to the Swedish Government and those academics who came here didn’t cost Sweden anything for their education. They will be of massive value to Sweden, if we can include them correctly.

'We'll never forget how Sweden reacted to the refugee crisis'

Elias: It’s a favour that we’ll never forget; Sweden opened its doors to us.

The changes now [Sweden's tighter asylum laws] mean two things to me: first, it’s their country and they are free to decide what is best for them – we should not object to that.

Secondly, since it's no longer possible to accommodate a large number of people in Sweden, accepting them would make things complicated. Even for newcomers, life’s become harder in Sweden, you can’t find an apartment or get a job so easily. If the country doesn't have the means to adequately welcome more people, then it’s better not to do so.

Whenever someone asks me about life in Sweden, I give them a very objective image and not a deluded version. 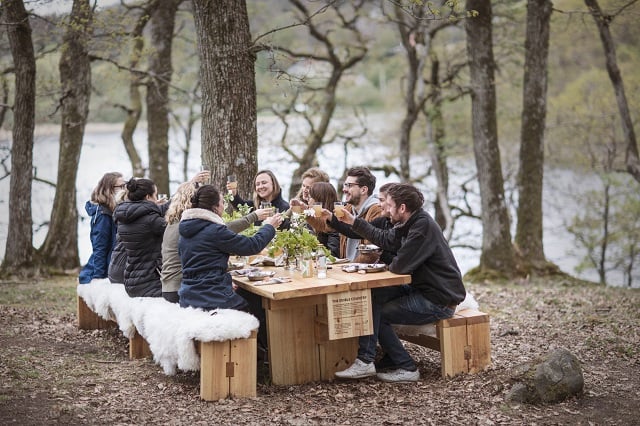