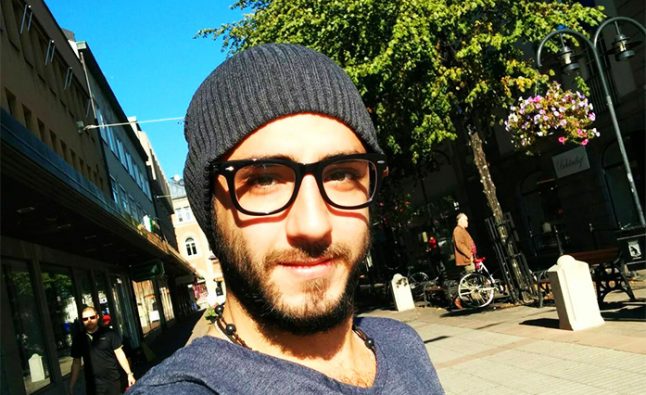 “I don’t want to complain, but my experience has been very, very bad,” he says. He started his search soon after receiving his asylum decision and wasn't fussy about the condition – he knew that finding anywhere to stay would likely prove difficult.

But his new home – the only apartment he was able to find – surpassed all his expectations, and not in a good way.

'None of the doors have handles'

The apartment is located in the building's basement, with just one small window, which Tamer can't open as he fears the apartment would be flooded with bugs.

“It feels like I'm living in a grave. It’s turned my life dark, since the first day I moved here,” says the 25-year-old.

He has constantly been working on repairs to the apartment. When he moved in, one of the doors was missing, and when he asked the landlord for help, his response was to send a broken door for Tamer to fix. What's more, most of the doors which are there have no handle.

“On my first day, I closed the front door but hadn't realized it didn't have a knob. I was trapped in the apartment for several hours until managing to escape through the living room's tiny window,” Tamer recalls.

The apartment's electricity has also been a problem; all the lights would go off whenever he turned on another appliance, like the oven. Not ideal in a country where sunlight is often in short supply.

'Most newcomers pay under the table'

Despite the poor state of the apartment, Tamer had to pay extra 10,000 kronor to secure it, a deal which an acquaintance arranged between him and the administrator of the housing company.

“I had no other choice or I wouldn’t have found a place to live. Most companies wouldn’t offer me an apartment without a full-time job contract, and joining the state-run housing queue might mean waiting three years to get somewhere. Where would I go in the meantime?” Tamer wonders. His situation is not unique, and he says that “most newcomers pay extra money under the table to get accommodation, because there seems to be no other way.”

'People are skeptical towards refugees'

Luckily, Tamer has been able to find a new apartment through a friend, and he is set to leave his current home on set for August 1st. He also managed to secure a summer job, after “a lot of nagging” at the employment agency to get an interview, and started working at Burger King in June.

Tamer enjoys the job, particularly the opportunity to improve his Swedish and meet new people – something he has found difficult in Vingåker, where he has been living since November last year.

“Maybe people are skeptical towards strangers and refugees because of what they've seen on the news – I'm not sure. In villages people are often less sociable and the circles of relationships can be very closed.”