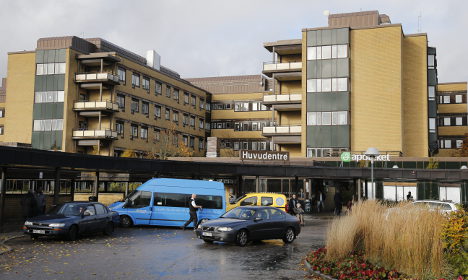 The baby died at the NÄL hospital in Trollhättan earlier in July. Photo: Björn Larsson Rosvall/TT

The district court in Vänersborg remanded the man in custody on Friday on suspicion of aggravated manslaughter and aggravated assault, as well as suspicion of a separate assault when the same baby was taken to hospital earlier this year with a broken femur.

The investigation for the suspected assault from earlier in the year was previously closed because a crime could not be proven at the time, but a new investigation has now been opened.

The child died last weekend after it was taken to the NÄL hospital in Trollhättan, north of Gothenburg.