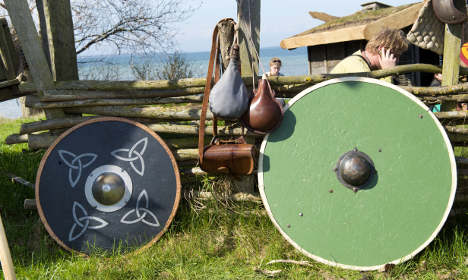 The Local previously reported on how a visitor to Foteviken Museum in southern Sweden claimed that she was sold as a slave against her will during an overzealous re-enactment of a Viking market. Following the event, she filed a police report for harassment.

In response, Caroline Holmberg, who works to raise the status of women in Viking reenactment circuits, has complained that events like the show at the museum reinforce incorrect stereotypes about women during Viking times.

“This doesn’t give the outside world a positive image of Vikings. We already have problems with right-wing extremists borrowing our symbols,” she told Swedish newspaper Sydsvenskan. “We’re a small group, and this kind of thing doesn’t benefit us or the pursuit of our hobby.”

One of the founders of the theatre group that put on the show in question argued, however, that their performances are not supposed to be taken seriously.

“The act is to be the bad guys. It isn’t serious, it’s stereotypical humour,” Carl Mikael Bengtsson of the Nordic International Slave Trade Company told The Local.

“We’ve done the show for 11 years, over 500 people have agreed to be part. Of the 500, maybe ten to 12 have said it isn’t for them. When someone says they don't want to participate they are always released.”

He also insisted that their Viking market performances are not limited to the sale of women, but it depends on the audience that is available to participate.

“It isn’t just women. We sell women and even ourselves, but we don't always have a cameraman with us, so the majority of the videos uploaded to our Facebook page just happen to be women. The act varies and it’s spontaneous,” he said.

A group representing female live-action role-players in the Nordic countries has argued however that the show at the museum was sexist.

Larp Women Unite (LWU) was formed to raise awareness of abuse and harassment against women in the role-playing world. They wrote an open letter in response to the Foteviken affair.

“The theatre group doesn’t understand that their actions are problematic. Only they seem to think that capturing women, tying them, commenting on their bodies then selling them in a historically inaccurate, modernized, pretend slave market is funny,” the letter argues.