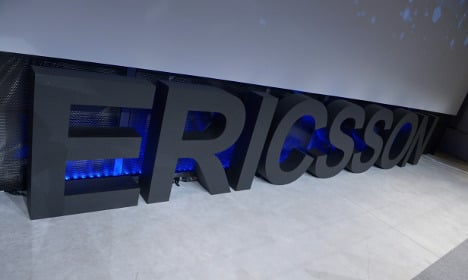 Ericsson is set to present its second-quarter report on Tuesday. Photo: Janerik Henriksson/TT

Ericsson's stocks dropped by five percent on the Stockholm stock exchange before lunch on Monday, following the reports in Swedish daily Svenska Dagbladet.

The newspaper, citing anonymous sources within the company, alleged that Ericsson may have presented inflated revenue figures by adding sales to its books before invoicing some clients.

Ericsson strongly rejected the reports, saying all statements were reviewed by accountants according to international auditing standards.

In a statement on Monday it said: “The claim that Ericsson has incorrectly recognized revenue in its accounts is false.”

The allegations come at an inopportune time for the telecommunications company, which is set to present its half-year financial report on Tuesday. Analysts have previously predicted a nine percent drop in sales and a 22 percent fall in net income for Ericsson's second quarter, according to Bloomberg.

“I think it's going to be a very bad report,” predicted Esbjörn Lundevall, head of analysis at Swedish banking giant SEB.

He told the TT newswire that he believed the claims in Svenska Dagbladet had a grain of truth to them.

“But the figure of 100 to 150 billion kronor absolutely doesn't feel reasonable,” he added.