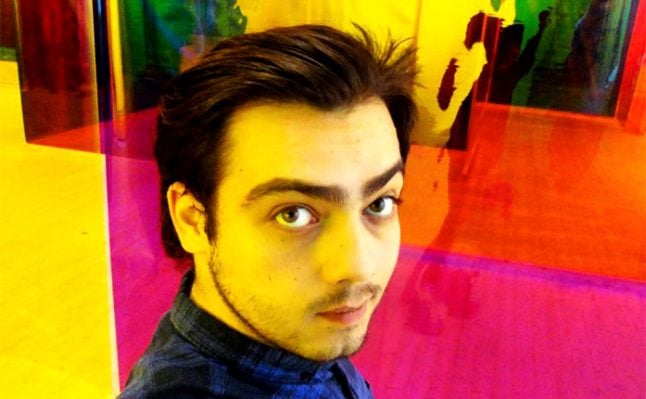 “I fled Syria because everything had turned to rubble, I didn't feel secure anymore,” Ossman says. “But in Sweden, I may still feel insecure, albeit in a different way. How can you live a normal life, work and create when it's impossible to feel settled?”

His comments about Sweden's housing crisis will resonate with anyone who's tried to find accommodation in the country. As Ossman stresses, newcomers and Swedes alike are affected by the shortage – particularly in larger cities like Stockholm.

“There is equality when it comes to accommodation in Sweden – in the sense that everyone is suffering,” he says. “Almost everyone seems to complain about it, so it's clearly a huge issue.”

However, while it's true that anyone embarking on a house hunt will come across obstacles, the 24-year-old believes that newcomers are particularly disadvantaged by the inflexibility of Sweden's housing laws.

“As a newcomer, you have to commit to your duties in the community; you should work hard, pay taxes and contribute to the country – that's a must,” he explains. “But most newcomers have no support, no established network of friends and family members they can turn to for help if they can't find a place to live.”

“So in order to be fair when it comes to accommodation laws, you can't apply them to everyone in the same way. I'm not talking about offering certain groups extra privileges – even many native Swedes struggle with this issue – but newcomers may need extra support, particularly as they can't easily get lined up in the housing system.”

Ossman remembers how hard it can be to integrate into a new society. “When I first came to Sweden, I felt like I was on the margins, an uncounted member of the society, with no residence permit,” he tells us. “It was a difficult period to get through, everything was unknown to me.”

He says that it was meeting his wife which enabled him to keep going, and he looked for jobs and internships everywhere he could think of; in newspapers, online and through formal institutions. After plenty of rejections, he managed to find an internship with major Swedish bank SEB, who were so pleased with his work that it turned into a full-time job as a loan officer.

But even with a job, Ossman has struggled to find a place to live. Many landlords requested an employment history, and as Ossman points out, for many newcomers it can take a long time to find stable employment.

“There should be a way to talk about the problem. Laws should be applied for the good of the people, so we should be able to get our voices heard so that they can be improved. There's a great system here in Sweden, but that doesn't mean the laws are compatible to every situation and should never be amended.”

In fact, the current situation has left many newcomers to Sweden with no other choice but to pay extra money under the table, just to secure an apartment. Ossman says: “People shouldn't break the rules, but in turn, the laws should comply with people's needs.”

While he believes there is a critical need for reform, Ossman is generally optimistic about the situation in Sweden. He says: “I'm thankful for everyone who has helped me in Sweden, and of course for the generosity of the country in welcoming and sheltering vulnerable refugees.

“In this country you’ll find all the support you need, but you have to take the first step.”