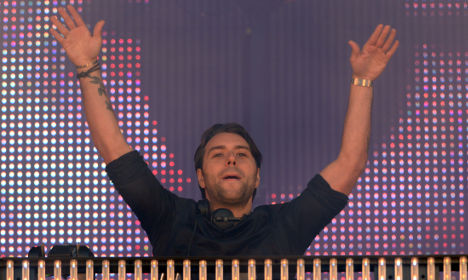 The petition, launched my Swedish temperance movement IOGT-NTO, demands that N1CE frozen cocktails should be removed from grocery stores in the country. One of the creators of the product is Sebastian Ingrosso, a DJ and producer who was a member of electronic music supergroup Swedish House Mafia until they disbanded in 2013. He is also a co-founder of the N1CE company.

Sweden is famous for its strict alcohol laws, and in particular state alcohol monopoly Systembolaget, which is the only place to buy spirits and wines that contain more than 3.5 percent alcohol by volume. But a legal loophole means that the alcoholic ice-lollies containing five percent alcohol can be purchased in normal supermarkets. That has the country’s temperance advocates up in arms.

“It’s a way to market alcohol in many locations, and to make alcohol more clearly the norm by getting it in different contexts. Especially with regards to popsicles, which are something you associate with children,” IOGT-NTO director Leif Arne Gustavsson argued to SVT News.

Launched last year, the popsicles come in four different drink flavours, including mojito and margarita. They are sold through online supermarkets as well as some regular stores. The Swedish Consumer Agency has received a number of complaints over advertising campaigns for the boozy treats.

The product does not count as a drink, and is therefore not covered by Sweden’s law on alcohol. After discussions with the Swedish Public Health Agency, the country’s Ministry of Health and Social Affairs has recommended a revision of the law in question, and an investigation will likely begin in the Autumn.

According to the company behind the product however, the frozen cocktails have a clear adult profile, and a recommended age limit of 18 plus.

“Because of EU legislation from 2004 there is no statutory age limit for the product, which is unfortunate. Since 2015 we have had a strict age limit of 18 and over for our product. This is also what the Swedish Grocers’ Federation (Svensk Dagligvaruhandel) has pushed for, which we are in favour of,” N1CE wrote in a statement to SVT.