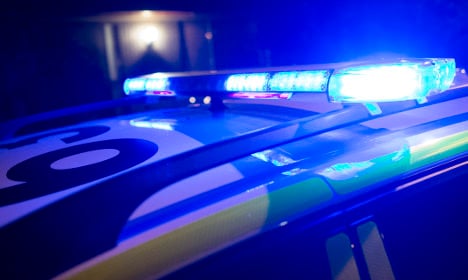 Earlier in July it was revealed that officers in the huge North regional subdivision of the Swedish police had been sent hundreds of kilometres away from their intended destination on more than one occasion.

The blunders were blamed on a lack of knowledge of the area among workers at the North region’s command centre in Umeå, and that uncertainty has seemingly caused problems once more.

According to SVT news Jämtland, officers were called to a home for troubled youths in Krokom last Tuesday, but the Umeå command centre instead sent them 45 kilometres away to Föllinge by mistake.

The explanation for the error was that both towns have streets with the same name as the address police were being called to, but only one appeared in the police database. The patrol arrived at its intended destination an hour late as a result, by which time the fight they had been called to had calmed down.

“It’s completely unacceptable that this has happened. It means that a patrol could be called from somewhere in the region and be sent somewhere that is completely wrong. That’s a mistake on two levels,” Christer Palmkvist, second vice president of the Swedish Police Union, told news agency TT.

“One ultimate consequence could be that it goes really bad if you send a patrol on an urgent matter and send them to the wrong place,” he added.

While all seven of Sweden’s police subdivisions will have centralized regional command centres in the future, only the North, Stockholm and West regional centres are currently active. According to Palmkvist, there have been no reports of similar problems in either the Stockholm or West regions.

Michael Klein, the acting head of the regional command centre in Umeå, called the mistakes “unacceptable”, but insisted that police have now identified why the patrols were sent to the wrong destination.

According to Klein, all of the mistakes have occurred in the Jämtland province of the North region, which can be explained by the structure of the map of the area that the regional command centre works from. He explained that the map has been divided in a different way from the other provinces in the region, causing confusion.

“In the short term we can ask the operators to be very careful when asking for addresses, to make sure that they are really in this specific municipality and place. In the long-term we must rebuild the database of the Jämtland region,” he said.