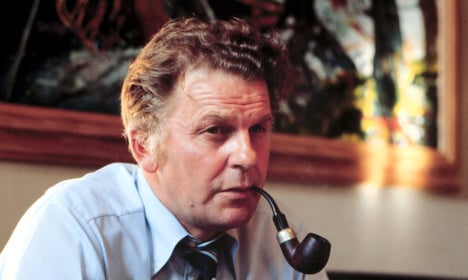 Fälldin, who led the Centre Party, died on Saturday evening at his farm in northern Sweden.

He led a centre-right coalition to power in 1976, ending 40 years of Social Democratic rule.

Two years later his government collapsed in a dispute over nuclear power, which Fälldin's party strongly opposed at the time.

After the 1979 general election Fälldin regained his position as prime minister.

This stint lasted nearly three years, until he was defeated by the Social Democrats in October 1982.

After a further electoral defeat, in 1985, he left politics and returned to the family farm in Högsjö, Ångermanland, just north of Sundsvall.

His son Niklas Fälldin told Swedish newspaper Aftonbladet, ”He fell asleep at home. He was very tired and worn. He had been sick for a long time. He was 90 years and three months. It was age that took its toll.”

Current Centre Party leader Annie Lööf in a statement called Fälldin one of the greatest politicians of the 20th century.

”I received this sad news last night with great sadness and regret. He will leave an enormous gap,” she continued.

”At the same time, it was expected given he has been ill for a long time. But, above all, it is with great pride that I look back on his impressive life's work.”