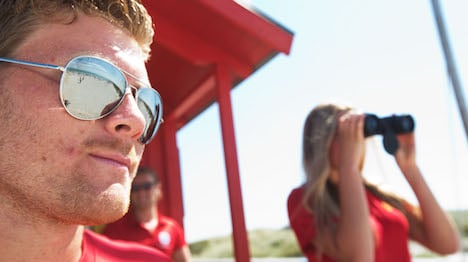 Some 61 people drowned in the year to 31st June – 21 more than in the same period last year, and the highest number since 2000, according to the Swedish Lifesavers’ Association (Svenska Livräddningssällskapet, SLS). So far this month around ten drownings have been registered in a study by news agency TT, but the number is expected to be much higher when figures for the whole month are collated.

“I’ve been following the situation for the past few days and it’s not looking good. We’re getting called out a lot and there are drownings every day,” said SLS’s Anders Wernesten. On Monday alone at least two people drowned in Sweden.

An unusually large number of people falling through ice in the early months of the year have pushed the numbers up, but the high figure is also connected to the fine summer weather. The country’s many lakes and long coast mean that people have plenty of opportunities to cool off, but some people take unnecessary risks, Wernesten said.

“Many people overestimate their abilities, they think they’ll float without a lifejacket, or swim straight out into a lake, get tired and their nose gets closer to the surface of the water until they suck in water,”  said Wernesten.

An asylum seeker from Afghanistan was among those who died in drowning accidents this weekend. He perished in the Råneälv river in Norrbotten, northern Sweden, trying to save the life of his friend. Neither of the men could swim.

“We had similar incidents last year. Many asylum seekers don’t have the knowledge they need when they take to the water. We have a huge challenge ahead of us to teach them to swim and handle risks.

Eight out of ten people who drown in Sweden are men.