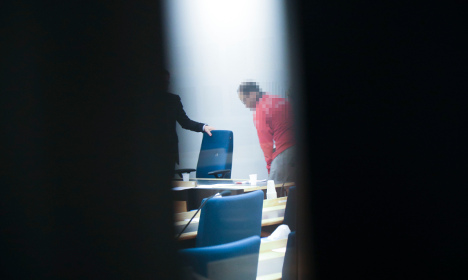 The man, who represented a North African team in the popular Gothia Cup tournament in Gothenburg, was charged on Wednesday with sexually abusing three girls aged around 16.

The incident is said to have taken place after the opening ceremony on July 18th, when the teenagers said they had been harassed by the man and a group of other teens. They said the men had tried to take pictures with them, groped them, kissed them, and refused to let them go.

Police officers came to the girls' aid after they heard their calls for help.

The accused denies the charges, but admits that he took photographs with the girls.

“The prosecutor has made a number of allegations. They do not correspond with what my client says has happened. So my client stands by what he has said previously. He is innocent. He has not sexually molested the girls in the manner alleged by the prosecutor,” his lawyer, Fredrik Engström, told regional newspaper Göteborgs-Posten.

The man was released from custody on Friday, but has been told to report at the police station before 11am every day. He is not allowed to leave Sweden during the investigation and trial.

“It appears he has handled this well. He was there for interrogations yesterday, so it seems to be working,” said prosecutor Stefan Lind.

Although the 36-year-old man is the only one formally suspected of a criminal offence, Gothia Cup bosses decided last week to expel the entire team from the tournament.

Also known as The World Youth Cup, the competition is organized by Gothenburg top flight club BK Häcken. Since its humble beginnings in 1975 with 275 participating teams, it now sees around 1600 teams from 80 different countries descend on the western Swedish city every year.

It is not the first time, however, that assaults or other disturbances have been reported during the tournament. In 2014, the competition decided to scrap an opening evening disco after reports of sexual assaults. Alleged rapes and attempted rapes have also been reported in previous years.

For Sweden, this latest alleged incident follows a spate of reported sexual assaults and rapes at festivals across the country this summer.