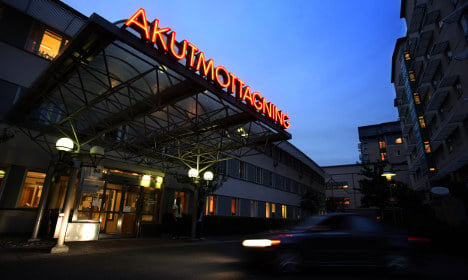 The woman arrived at Uppsala University hospital in March this year to give birth to her fourth child. But complications arose during the final stages of labour when the baby would not come out.

Despite the woman's repeated requests for a caesarian section, the midwife engaged in six failed attempts to deliver the baby vaginally, including using a vacuum extractor.

An emergency operation was eventually performed, but the baby had by then been without oxygen for several minutes.

It died days later, according to a report filed to the Health and Social Care Inspectorate by the hospital itself in accordance with Sweden's patient safety laws.

In its report, obtained by Upsala Nya Tidning, the hospital wrote that the midwife had failed to immediately contact a physician after it was discovered that medical equipment in the room did not function properly.

The woman's husband reported the incident to the Inspectorate earlier this year, writing: “It was chaos, the equipment did not work and there was hardly any communication between staff.”

Midwives tend to be in charge of delivery care in Sweden and doctors are usually only called in if there are complications. Neonatal mortality remains among the lowest in Europe, at 1.5 deaths per 1000 newlyborns in 2014.

However, Swedish natal care has recently been in focus following reports of lack of beds at hospitals. Earlier this year a baby died after a heavily pregnant woman was turned away from an overcrowded hospital in southern Sweden, despite showing signs of pre-eclampsia.