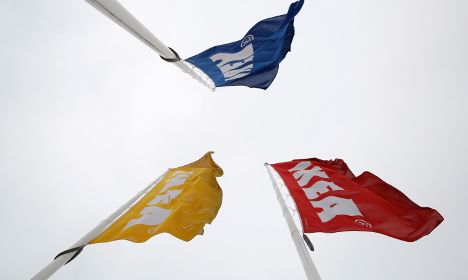 Traces of hazelnut and almond were found on several occasions in the affected chocolate bars, which had not been properly explained on the packaging, the company said on Thursday.

“The product information does not state this frequent presence clearly enough as the product labels only state 'may contain'. Therefore Ikea is recalling these products globally,” it said in a statement.

Thursday's recall of six chocolate products came a day after it recalled another two chocolate bars for the same reason.

Ikea wrote in the statement:  “The presence of hazelnut and almond has been frequently and not only occasionally detected, which underlines that these chocolate products are not suitable for consumption by those who are allergic or sensitive to these allergens.”

It stressed that the chocolate is safe for anyone not allergic to almond or hazelnut.

The largest furniture seller in the world, Ikea is also well known for its in-store restaurant and food shops, where customers can buy Swedish food and drink.

The latest recall comes a month after Ikea recalled millions of chests and dressers in North America and China after six children died in the United States when they tipped over.