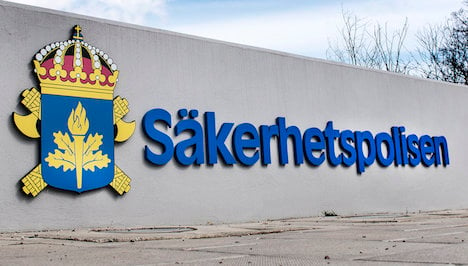 According to a statement by Säpo to Swedish Radio on Thursday, foreign countries have tried winning government contracts for IT management, security or cleaning. The purpose in each case was either to spy or to somehow affect the working of the government agency concerned.

The security service blames failures in government agencies’ checks when they outsource their work to suppliers. Lars Nicander, head of the Centre for Asymmetrical Threats at the Swedish Defence College, says agencies don’t know enough about this kind of threat.

“A lot is outsourced and we are so dependent on technology. You need to do studies to understand where the vulnerabilities lie,” he said.

Säpo’s annual report, published in March, warned that Russia is carrying out various forms of psychological warfare via “extreme movements, information operations and misinformation campaigns” designed to target both policy makers and the general public.

It also stated that around a dozen diplomats are operating as spies. Other spies are understood by Säpo to be working for airlines and businesses operating in Sweden.

“We see intelligence activities in all these different areas. In the political, economic, military, and so on. The overall picture is very disturbing,” said Wilhelm Unge, one of the counterespionage researchers who worked on the report, at the time.

The Local reported yesterday that Swedish authorities are concerned that countries including Russia, as well as terror groups like Isis, are trying to sow discord in society by spreading disinformation in Sweden.