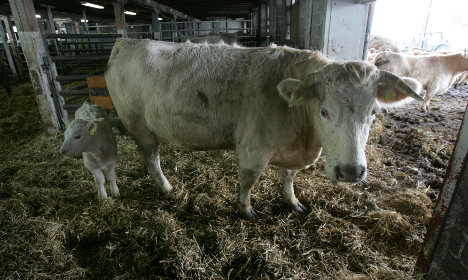 Eight cattle and a horse on separate farms near Omberg in the Östergötland region have died from splenic fever, as it is also called, after the first case of anthrax was confirmed by agricultural experts last month.

They are located a couple of kilometres apart, and officials from Sweden's National Veterinary Institute are currently working on vaccinating livestock and tracing the source of the infection.

“It is of course a loss to the owner of the animals and a concern for the surrounding area. We know that there is an increased risk that each case could spread locally,” Karl Ståhl told the Swedish newswire TT.

It has not been confirmed what caused the outbreak, but there have been other incidents in the region during the 20th century.

An elk which was found dead in the area in 1927 carried the infection, according to the National Veterinary Institute.

Traces of the bacteria that cause the infection can survive for decades.

“Back in the days so-called anthrax graves were common. You simply dug a hole for the cows that died and in connection with earth works the infection could spread again, but it could also be because of infection from wild animals,” said Ståhl.

Authorities are urging people to report dead deer or elk to the Swedish Board of Agriculture.

Sweden has had four outbreaks of the serious infection among cattle since 2008, but prior to that no case had been discovered since 1981.

Humans can be infected if they have close contact with animals who are dying of the disease, or have died, but it is extremely uncommon, especially in Sweden. The last case among humans was in 1965.