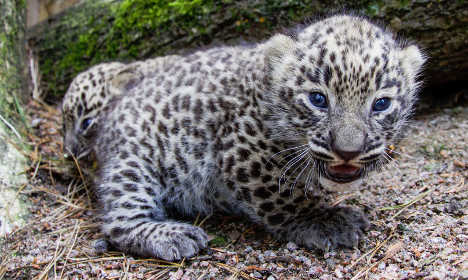 The great escape took place on Monday afternoon at Nordens Ark zoo on the country’s west coast, when Madius the three-kilo leopard squeezed through a small gap in his enclosure and ran for freedom. He had only just been allowed to leave the cub area for a larger pen.

“He discovered a gap that no one else saw and was able to slip out. It’s obviously not good. Not that he could have hurt anyone, but for the cub’s own health and well-being,” Nordens Ark CEO Mats Höggren explained to news agency TT.

The adventure didn’t last long for Madius however, who was captured after only 20 minutes. On Tuesday, the park’s staff inspected the fence around his enclose.

“The gap has been reinforced with a net. It won’t happen again, none of our animals will be able to sneak out,” Höggren concluded.

Madius is one of two Persian leopard cubs born at Nordens Ark in mid-June, the first such cubs to be raised in Sweden. The duo were bred as part of a restocking project for the greatly endangered species which originates in the Iranian mountains.