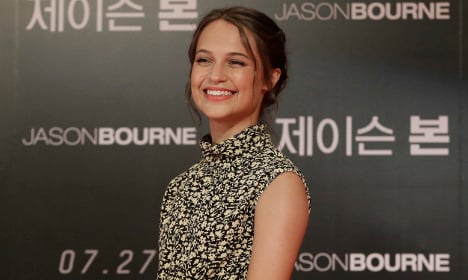 'In a hilarious video for Vanity Fair, Oscar winner Alicia Vikander rings several random Swedes to ask them a string of trivial questions like “where can I get the best meatballs in Sweden?”.

She easily manages to convince one Swede to sing a traditional drinking song, before asking several more if they can help her to meet… Alicia Vikander.

As helpful as Swedes can be, it seems none are capable of making her dream of meeting herself come true however.

Sweden made international headlines when it created The Swedish Number earlier this year, which connects callers to a random Swede and allows them to ask questions about the country or simply have a chat.

The service has been a huge success according to its official website, which says that more than 187,000 incoming calls have been taken from 186 different countries.

And Vikander isn’t the first high-profile user of the number. Prime Minister Stefan Löfven previously had a stint as one of the random Swedes at the end of the line, leading to a few shocked reactions from the callers once they were made aware of who he is.

The Local also gave the number a go when it launched back in April, and had a pleasant conversation with a random Swede from Gothenburg.