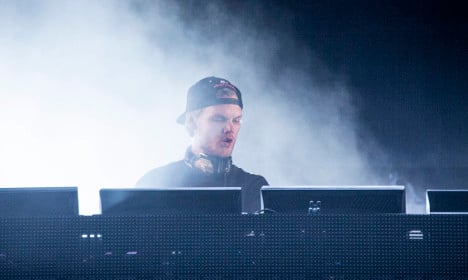 Avicii – real name Tim Bergling – shocked millions of fans earlier this year when he announced his retirement from performing. In a long post on his website, the 26-year-old Swedish DJ and producer said he would “never let go of music” but live tours would be off the table for the foreseeable future.

The DJ is a major Swedish export, but do Swedes really care about his imminent exit from the electronic dance music world? On the day before his last ever Swedish concert on August 5th in Malmö, we sent our intern Saina Behnejad out on the streets of Stockholm to ask Swedes what they thought about his departure.

Mark, 34, had a lot to say about his compatriot. A musician himself, he seemed to have compassion for the fellow performer.

“I like his music. But I can’t judge because I don’t know the reasons. The music industry can be very hard. They chew you up and spit you out. It can take a toll. So we can’t judge,” he noted.

And the musician even went as far as comparing Avicii to American icons like Beyonce in his importance to Sweden.

“Every country has to have an idol. Like Beyonce or 50 Cent for America. Avicii was for Sweden. It is sad that he’s quitting, but maybe he wants to focus on other things,” he concluded.

Others were more reluctant to place him on as high a pedestal as iconic Swedish stars like Abba. Michelle, an 18-year-old student, said he was “maybe not in that high of a category”.

Nor was she convinced that he will be away for too long: “I think he will come back,” she predicted.

Some didn’t care too much about the producer’s down-time. Erik, 30 and dressed in leather, smirked when asked if he cared: “Nah, I like rock ‘n’ roll”.

And there were even some Swedes who hadn’t heard the announcement. Frederik, 24, looked somewhat surprised and said “I didn’t even know he’d quit”.

“It’s sad. Especially if it’s because of personal problems,” he continued.

Although Frederik thought Avicii was important to Sweden, he didn’t see him as globally significant. “There are many artists like him out there, so he’s just one of many.”

Often called one of the poster children of electronic dance music, Avicii has had a short but massively successful career.  His hit song ‘Levels’, released in 2011, propelled him into the mainstream and made him an international superstar.

In his Facebook post announcing his early retirement, he indicated that he reached his decision after a road trip with friends across the US.

“It really helped me realize that I needed to make the changes that I’d been struggling with for a while,” he wrote.

He went on to thank his huge fan base.

“Thank you to every fan who has ever bought a ticket or snuck in, bought a song or downloaded it, commented on posts or hated at them. It’s your thoughts and ideas about the music that helped me evolve and I do owe everything I have to you.”

This article was written by Saina Behnejad, who is currently interning with The Local in Sweden.