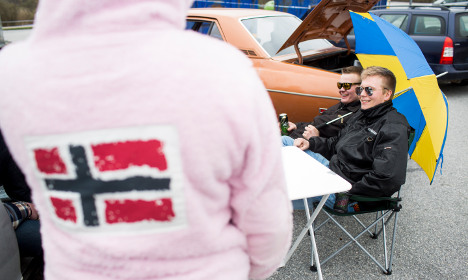 Sweden's unemployment rate has been on a downwards curve in the past few years. In June 11,000 fewer Swedes aged 18-24 were without a job compared to the same month last year.

But the situation is starkly different across the border, where the number of unemployed Norwegians aged 15-24 grew by 22,000 people in the past year alone, according to Statistics Norway.

The well-known trend of Swedes moving to Norway to work peaked between 2011 and 2014. It was even the subject of the award-winning Swedish film Svenskjävel (Underdog in English), which follows a Swedish au pair who has an affair with her Norwegian employer.

But financial experts are now advising young Norwegians to instead look for work in Sweden, particularly in the construction sector, teaching and computer engineering.

“Norwegians should seek their fortune in Sweden. It is certainly worth the trip,” Terje Strøm, chief economist at the Ny Analyse institute in Norway, told Norwegian broadcaster NRK.

Even unemployed oil workers should quit Norway for Sweden, he added.

“Working a few years in Swedish industry could be very useful for future jobs when the labour market has improved in Norway.”

“In the past ten years more than 100,000 Swedes have come to the Norwegian labour market and helped us here. So it is good if Norwegians can go in the other direction now,” he said.

Swedes are the second-largest immigrant group in Norway after the Poles, but last year was the first time since the new millennium that the country saw a negative net migration of Swedes.

“Over the past year the demand for labour in Norway has been much lower, while demand has been very high in Sweden,” Harald Magnus Andreassen, the chief Norway economist for Sweden’s Swedbank, told Aftenposten in December.

“There have never been more vacancies than there are now in Sweden. There is simply much less reason to go to Norway.”