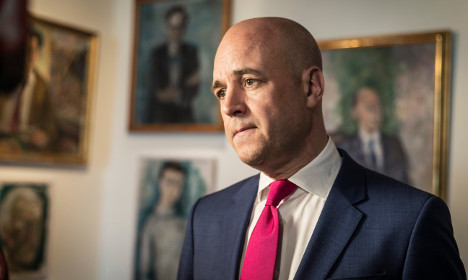 Reinfeldt who, as leader of the Moderate Party, was the Swedish prime minister from 2006 to 2014, when his coalition government was defeated, is now a lecturer and advisor to organisations such as the Bank of America, and calls himself a ‘very interested observer’ in the November election.

Reinfeldt told the Swedish newspaper, Aftonbladet, that he was concerned that Trump is so unpredictable.

‘Stability and continuity in world politics is very important and is often down to understanding our international counterparts. However, up until now, Donald Trump's statements have been characterised by being very emotionally volatile.’

In a recent statement, Trump seemed to suggest that, under his leadership, the US would not defend the Baltic states from a Russian attack.

‘It is no small thing when Donald Trump creates uncertainty about the Baltic countries. And it is highly unclear to me why he does it.’

Reinfeldt believes that the world benefits from an even-handed America willing to calm conflict. ‘But if the American leadership becomes more erratic, emotional and aggressive, then it becomes a dangerous position for the world.’

“Sweden should always make an effort to have good relations with countries around the world regardless of who is in power. But it is clear to see when you watch the [party] conventions that one is based on fear and division. Hate, I would almost say, or at least antipathy. The other one is based more on faith in the future.”

“I want Hillary Clinton to become president. There's no doubt about it,” added Löfven.