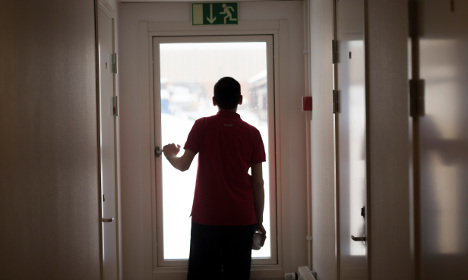 File photo of an asylum home not linked to the article. Photo: Fredrik Sandberg/TT

A total of 131 asylum seekers were on Thursday being moved from the Klackbergsgården accommodation centre in Norberg after a series of concerns were raised about living standards.

“We have been working for some time with the supplier to give them a chance to improve the problems. But in the past few weeks it has become worse. They do not have control and are unable to run an asylum home,” Lars Brånn of the Migration Agency told Swedish radio.

The decision to evacuate the centre was taken on Tuesday and the process began on Thursday. Residents are now being moved to other asylum homes in Norberg, Skellefteå and Östersund.

“Right now we're moving the last people from the home. The first bus left at 9am today and the last one will leave at 8pm,” a press spokesperson told The Local on Thursday afternoon.

She said it was “unusual” to evacuate an entire asylum home but added that it was possible it had happened on a few occasions in the past years. The decision, she said, was sparked by a series of flaws, which Brånn told Swedish radio included poor hygiene, food and fire safety standards.

Asked if there had been enough food for all the residents, Brånn replied: “No.”

“You should not have to live like this and that's why we're doing this. This is not normal procedure for the Migration Agency, it is quite a drastic measure that we are forced to make.”