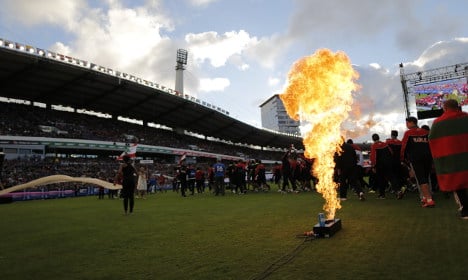 Gothenburg District Court last week found the man guilty of sexual harassment, sentencing him to two months in prison and asking him to pay 11,200 kronor ($1316) in damages to each of the girls affected.

He launched an appeal, and on Wednesday, the Appeals Court for Western Sweden chose to release him after suspending the warrant for his arrest. He is due to appear for an appeals hearing at a later date.

The man’s lawyer said the initial penalty was too harsh.

“My opinion is that the two months in prison which the district court decided upon was too harsh a punishment. I assume that there is a background as to why the Court of Appeal made their decision,” Fredrik Engström told news agency TT.

The man was coaching a team from a North African country at the tournament, and the appeals court did not place any restrictions on him travelling abroad before his next court hearing.

Prosecutor Linda Wiking criticized the decision and said she believes there is a risk the man could flee the country.

“The question is whether the suspect is still in the country when it is time for a new proceeding. If he isn’t the appeal would be made inadmissible and the initial district court ruling would stand, but it would be difficult to enforce any penalty,” she told TT.

According to witnesses, the coach kissed, groped and put his tongue into the mouths of the girls aged around 16 in the crowd outside Gothenburg’s Ullevi stadium after the Gothia Cup opening ceremony on July 18th.

Although he was the only member of his team suspected of a criminal offence, Gothia Cup bosses took the decision to expel the entire side from the tournament.