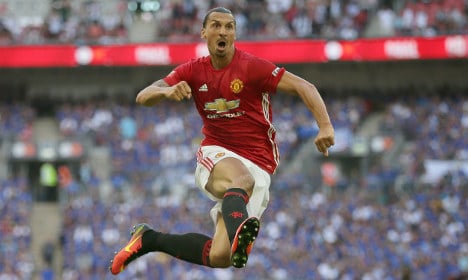 The tall Swede, who is in line to make his Premier League debut for Manchester United at Bournemouth on Sunday, is renowned for talking himself up and being dismissive of his opponents.

But the 34-year-old says that is merely a reflection of the drive that has enabled him to win league titles in four different countries and amass a huge haul of personal honours.

“I don't believe I'm arrogant in the way that people think,” he said in an interview with Sky Sports broadcast on Friday.

“I'm confident. I believe in myself. That's not being arrogant. That's something I believe is an individual strength in the human being.”

He added: “I'm a normal person. People have the image of me that I'm a bad boy, I'm this and I'm that. People are curious: 'How is this Zlatan?'”

“I'm a family guy. I'm taking care of my family, but when I come on the pitch I'm a lion. That's the big difference.”