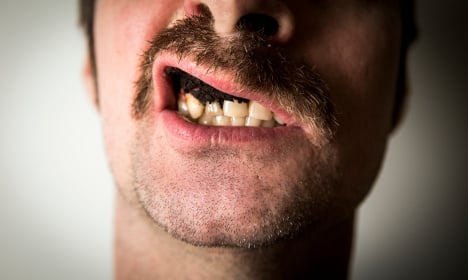 An 18-year-old man and his girlfriend were robbed in Ystad at around 1.30am on Monday.

“There were two perpetrators. One of them stabbed the robbery victim in his arm with a knife and punched him in the face,” police spokesperson Calle Persson told the TT newswire.

The man was not seriously injured, but the attackers forced the couple to hand over a bottle of the dairy product quark, hair wax, snus (Sweden's infamous moist tobacco), and two sweaters.

The couple recognized one of the men and alerted police, who arrested him a few hours later.

Police in Ystad, a southern Swedish town more famous for being the home of fictional detective Kurt Wallander, are investigating possible links to another attemped robbery earlier in the evening.

“We don't know for sure at the moment, but it is not out of the realm of possibility that they are connected. It's the same approach and the descriptions match,” police investigator Joakim Sjöberg told regional newspaper Ystads Allehanda.