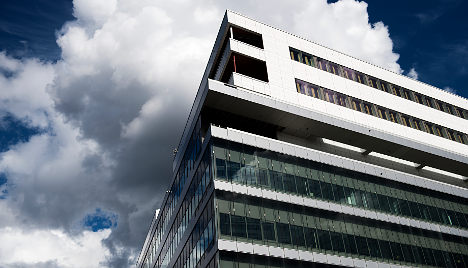 Among the top Swedish performers, Karolinska jumped to 44th, while Uppsala University rose one place to 60th, and Stockholm University fell from 77th to 81st.

Tomas Ahlbäck, a spokesman for Karolinska, said the university was not getting overly excited.

“Few universities get too fixated on rankings. They don’t give a full picture of a university’s quality,” he told news agency TT.

Asked if he was surprised that the university had risen in the ranking despite the high-profile sacking of the Italian surgeon Paolo Macchiarini, Ahlbäck said: “No, not at all. KI’s operations are much bigger than that.”

Anders Malmberg, the Deputy Vice Chancellor of Uppsala University, was also taking the ranking with a pinch of salt.

“These ranking lists have become a big industry and they’re not meaningless. At the same time the things being evaluated are hard to measure,” he told TT.

The Shanghai Ranking, compiled by the Jiao Tong University in Shanghai, examines the performance of 12,000 universities worldwide.

It rates universities according to a formula based on the number of articles they have published in prestigious academic journals, the number of highly-cited researchers working there, the number of Nobel Prizes or Fields Medals (in mathematics) won and the per-capita academic performance of each institution.