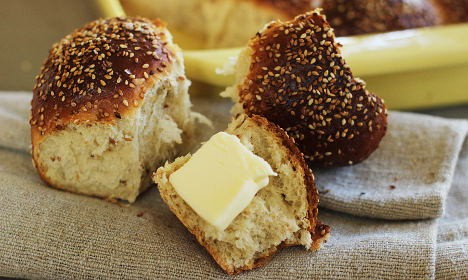 This not the bread allegedly stolen by a hungry politician. Photo: Matthew Mead/AP

The exasperated hotelier decided to take a private action against the suspected crust thief after the police decided not to launch a preliminary investigation.

The politician is formally accused of “illegally taking a piece of bread from the hotel’s breakfast buffet”.

“It’s one of the stranger cases I’ve had,” said the hotelier’s lawyer Alf Lindqvist.

“My client wants to put a stop to this behaviour. This wasn’t the first time,” he told the TT newswire.

The lawyer also criticized the police and prosecutors for deciding not to press charges, and explained why his client had decided to push on with the case regardless.

“If a poor person goes into a food store and takes a drink there will be shoplifting charges. But here they haven’t even launched a preliminary inquiry.”

If found guilty the politician will be fined. Otherwise the hotelier will have to pay a portion of the court costs.

“He’s going into this with this eyes open. He just wants to put a stop to it,” said the lawyer.