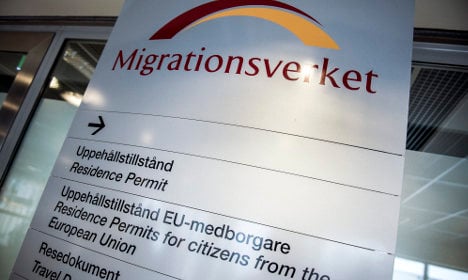 An amendment made to Swedish asylum laws on June 1st means that adults without children who have received a final rejection on their asylum application are no longer entitled to accommodation or a daily allowance from the country’s migration authority.

And now, the Swedish government wants to introduce a further amendment, after the migration board pointed out that it needs to ensure those who no longer have the right to remain in their facilities leave, so that new asylum seekers can take their place.

And according to the migration board, the situation is far from ideal.

“We know that around 1000 have left their accommodation, around 800 are still living there after losing their assistance, and that with around half of these we have already requested help from the Enforcement Authority.”

The new draft legislation allowing police to handle evictions would enter into force on January 1st. It is currently being studied by Sweden’s Council on Legislation (Lagrådet), which advises on the legality of government proposals.